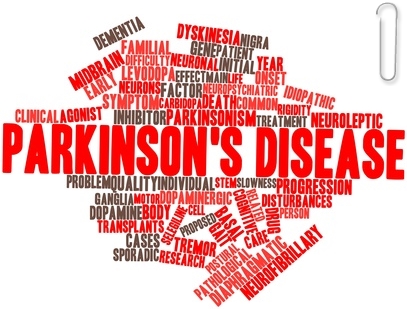 April is Parkinson’s Awareness month and as a clinic, we are trying to make a difference by raising awareness about this condition. Parkinson’s disease is a progressive, degenerative clinical condition that worsens over time. Typical symptoms include tremors, loss of facial expression, stiffness, slowing down of movement and a multitude of other problems.

In the past few years, there have been significant developments in the understanding of Parkinson’s disease. Muhammad Ali, the legendary boxer, was diagnosed with Parkinson’s in 1984 at the age of 42 and is currently unable to speak in public as a direct result of this condition. The actor Michael J Fox is another well-known celebrity struggling with Parkinson’s. These high profile cases have helped raise awareness. Treatment includes a combination of medication, diet, exercise, lifestyle modifications, counseling and participation in support groups.

Parkinson’s disease is associated with the inability to produce the chemical dopamine in the brain. Dopamine is a chemical messenger that transmits information between brain cells. The reduction of dopamine causes symptoms such as tremors (typically described as ‘pill rolling’), tightening of the muscles (called rigidity) and slowing down of movements (called hypokinesia). These features can cause a great deal of disability, and can be effectively managed with physical therapy.

Since there is no known cure, the objective of physical therapy in Parkinson’s disease is to slow down the degenerative effects of this disease as much as possible.

Parkinson’s disease affects each individual in a different way. A physical therapist will work closely with the patient and family members to monitor the condition and improve functional capacity as much as possible. This is a life-altering event and caregivers or family members may react with denial, confusion, fear, anger, or self-blame.

The physical therapist will conduct an evaluation of gait, balance, coordination, strength and posture of the patient. The caregiver is provided the tools and information to keep the patient mobile with movement patterns and home exercise programs.

Depending upon the severity and nature of the patient’s condition, the treatment plan focuses on the following:

Always Here For You… 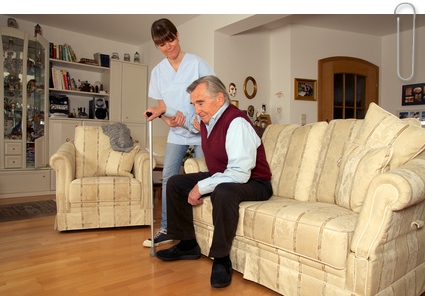 In the early phase, physical therapy helps maintain activity and reduce the risk of falling. Group activities like dance classes provide a refreshing way to explore movement and music.

Over a period of time, the goal is to stimulate muscle activities and preserve existing function. As the disease progresses, patients may be confined to a bed or a wheel chair. Treatment is now focused towards maintaining vital bodily function. Walking aids like a cane or walker may be prescribed.

Contact us today to schedule an evaluation and we’ll show you several ways in which we can help you live a healthy, productive life. We are always here for you. Reach out to us today.

Forward This Newsletter – Refer a Friend

Have low back pain?
Take this survey!